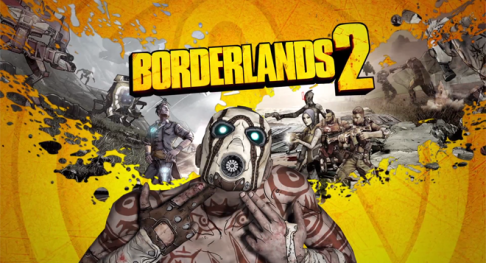 Hello again everyone, my name is Hahkan and I’m here today with a brand spanking, brutally honest review of a game that seems to be in everyone’s disc tray as of late, Borderlands 2. Borderlands 2 is a first-person shooter that is mission based and caries numerous RPG elements. If you don’t know a thing about Borderlands 2, think of a game like Diablo but as a cell shaded first-person shooter with an over the top loot system that grants you literally bazillions of guns and equipment on a foreign plant riddled with numerous species of monsters and an onslaught of murderous psychopaths!

The games gives you four types of character classes you can play (Siren, Gunzerker, Assassin and Commando); each class has its own skill tree and specializations where you go through the beautiful open world of the planet Pandora and do missions to level up your character with the enjoyment of at least four of your friends (via Co-op mode or Split Screen).  When picking characters there is a lot to consider because all the classes specialize in different mechanics and play styles, the same goes for choosing what guns to keep or sell. Every gun or equipment you get has its up and downs as far as its stats are concerned, for example and gun may have great damage but lack heavily in its rate of fire or the gun may have a great clip size and do elemental damage but the accuracy made be horrible, so think heavily on how you want to spend your skill points so that it can be reflected in the guns you like. Besides the loot and guns you that you will undoubtedly find  throughout the course of the game, there are few other key aspects that can truly affect and turn the tide on  how your chose character plays. One being a precious item known as Eridium; a type of gem or sorts, Eridium is a element of great power in the world of Pandora and when you find this you can use this to upgrade your backpack size and bank size to allow yourself to hang onto more guns and equipment. This is a very useful item to say the least, when you actually start to find too many guns you’d like to hold on to but realize you can only hold so many. Besides this, Borderlands 2 features an immense challenge system and also allows you to obtain “Badass Points” which you can spend to increase stats like “critical damage” or “rate of fire” doing this increases your overall “Badass Rank”. This is just another way to tweak your character the way you want to and increase stats like “increases rate of fire” or “gun damage” to your preference. Customization is also another key addition to Borderlands 2, you can also find Customization Mods to add a variety of skins which you can  change free of charge, in the same option you can also reset your skill tree points, this option however does cost so think carefully before doing so. The drop in and drop out mechanic of the game has become a bit more organized as the layout is more clear and you can always see which of your friends are on and what rank they are as well. 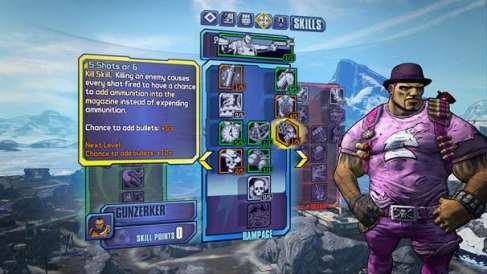 The game can seem very overwhelming to some that have never played the first Borderlands but in your fist few hours of the game you will get used to everything and from then on, it’s all about the core aspect of the game, leveling up, finding all the weapons that fit you and your character and killing an array of different enemies. Whether it’s the variety of guns, which is literally over the top this time around or whether it’s the luscious and super vibrant atmosphere that encompasses the world. The leveling system doesn’t seem tedious or too easy this time around, it feels as they finally found that medium that works for everyone. I will also like to point out that the voice acting and sounds in this game was super impressive and with really fun characters to play, Gearbox made sure to include mechanics that seem to fit everyone’s different play preferences.

As far as gripes of this game, as with most games, it isn’t perfect, but the flaws are so minimal it never takes me away from the experience. However there are a few glitches issues and some spawning issues with the AI, nothing a few patches can’t fix though. If you are a fan of shooters, this is your breath of fresh air before the onslaught of the fall season really kicks up, take advantage of it because you definitely will not regret it. 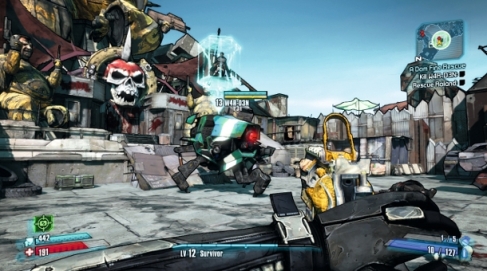 So here’s the breakdown:

This time around Gearbox may have not “reinvented the wheel” of action RPG shooters, they were able to deliver a well rounded experience for anyone out there that likes to shoot stuff with their friends for hours and hours on end!

One thought on “Borderlands 2”