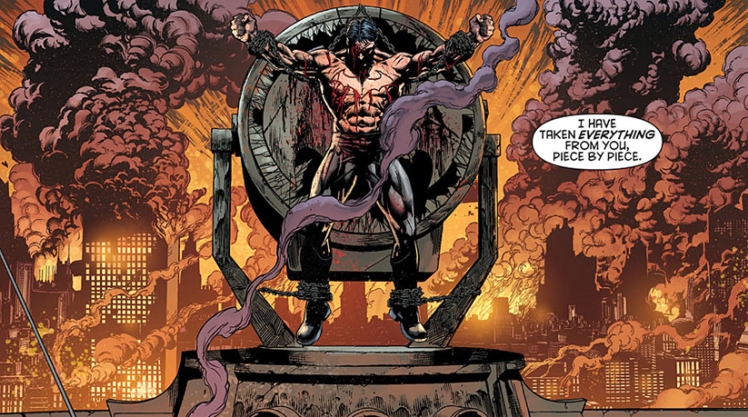 I’m going to get this out-of-the-way early. I, Simon H., have never. EVER, read a Batman series from the beginning let alone its entirety. I’ve read the TPB a few times of “Death of a Family” (The New 52) and it was awesome! Quickly discovering what I’ve been missing. When I found this issue was assigned to me I was a bit tickled because I had jumped on the chance to read a #1 (starting from the beginning) at my local Comic Shop (4colorfantasies.com). Thus far this series has a habit and a beautiful way of painting pictures with words, particularly the accenting backdrop of Gotham. In only 3 issues we meet new characters and plenty of familiar faces. I blasted through 3 issues like no other and since writing this #4 has been released. At first I was a bit puzzled by the fact Eternal was going to be released EVERY week for the foreseeable future, and maybe concerned I’d fall behind. After reading the releases, my mind was put at ease for the fact I wouldn’t have to wait a 2 weeks or a month to get my hands on the next issue.

We see the likes of diversionary tactics of lesser known characters in the early goings to help build to the grander side of things. For instance, Jim Gordon as an old man, gunslinger cowboy, who is responsible for killing a whole bunch of innocent people on the subway by trying to subdue a suspect? Is the commish on his final days? All fingers point to…..No not really, there is always contributing factors to a good guy being put in the negative light. But the stack and pile is getting mighty high and even the Gordon believers are being swayed.

A shadowy figure playing advisor to the mayor of Gotham, hell-bent on restoring things to the way they were. The good ol’ days of gangsters and no masked freaks. The spaghetti modern western type days. The man who was responsible for chasing out this shadow figure (I’ll tell you who it is in a bit), the fishy fiend known as the Penguin is confident in knowing everything that happens in Gotham. He has his fingers on the pulse and is sideswiped to the news of the return of Falcone. The Penguin being the biggest name villain we see in the read so far, is the first to be taken down, his weapon stashes are reported on fire. The proverbial, “take the biggest guy in the yard down first, to make a statement” plays well with this.

This a pretty straight to the point and awesome read. I’d recommend to anyone, new or old to the Bat scene. Sure there are some fill in the blanks if you aren’t familiar with the entire DC universe but it takes élite status for that I’m sure. The mention of war was laid out several times in this read, it led me to my first every “Sound track to your read” kind of mentality. There are bullets, bombs, chemicals, and FIRE! Being the Slayer fan that I am, I couldn’t help but hear Tom Araya’s scream of “WAAAARRRRRRRRR” when Falcone’s face was revealed. Since #3 was the assignment and again mentioned that #4 is out, I’ll leave you with the info I have now and keep the little gem of the continuing story to myself, unless you heed my advice and pick up this awesome run of our friendly neighborhood….I mean caped crusader, the Dark Knight, the White eyed creature of the night, BATMAN!!! 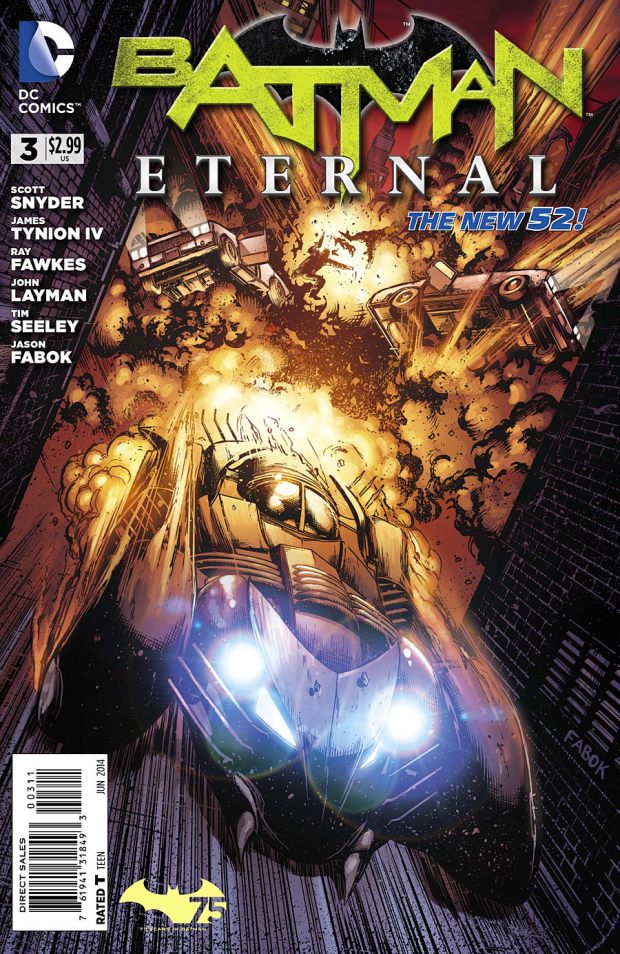